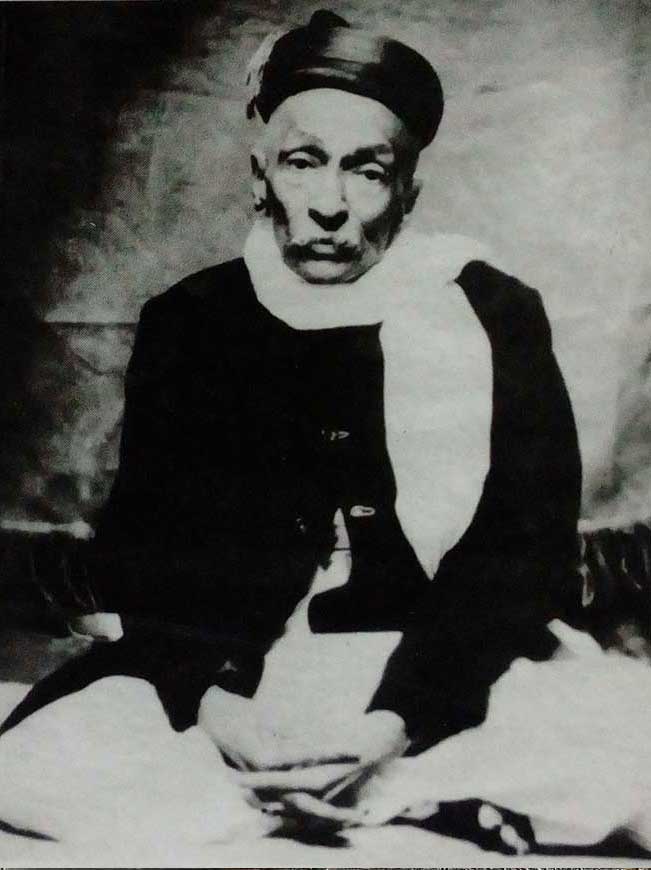 Dear Bharat had never been devoid of Saints. In fact she is what she is- a Punya-. Bhumi- a holy land, on account of the Tapasya of her Saints. Other lands had their Saints and Sages no doubt. But Bharat appears to be a land of their special choice The number of Saints in Bharat and the heights reached by them is really phenomenal. They carried the brilliant touch of spirituality wherever they went and brought new spiritual awakening in their wake, even among the common people. Like ancient and medieval Bharat, modern Bharat also had her Saints and Sages. These Saints opened the flood gates of spirituality, and released a fresh flow of the same, flooding gradually all the parts of Bharat, and trying to reach other lands as well. They have been great power-houses of spirituality from which spiritual energy is being transmitted and supplied to all the people of the world. They have been thus successfully resisting the great onrushing flood of godless Immaterialism.

Dr. Rambhau Ranade was such a Saint, one of the precious gifts of dear Bharat, to the modem world. He was born on 3rd July 1886 at Jamkhandi in Bijapur District. His pious mother brought him up in a holy atmosphere. While still at school, he came into contact with Sri Bhausaheb Maharaj, the great Saint of Umadi, who blessed him with the divine Nama (1901) and thus sowed the seed of his later spiritual greatness. Rambhau’s school and college careers were equally brilliant which enabled him to win scholarships and gold medals in different examinations. He pursued his spiritual Sadhana also, along with his study as a result of which he had wonderful spiritual  experiences even in those early days. A great urge “to find intellectual justification for these spiritual experiences” prompted him to study philosophy both Eastern and Western. He worked as Professor of Philosophy in the Fergusson College, Poona (1914) and Willingdon College, Sangli for ten years. He was twice a victim of protracted illness of a dangerous type from which he could get a cure through the all-abounding grace of his Sadguru. This illness, however, proved a blessing in disguise as it intensified his spiritual Sadhana and granted him rare spiritual experiences associated with supreme bliss.

The year 1918 brought great domestic calamities to Prof. Ranade which also resulted in intensifying his devotion and Sadhana. In 1922 he had a dream-vision which directed him to Nimbal, a small Railway station between Sholapur and and Bijapur. He built a small house there with the intention of settling down. It has now assumed the form of a small Ashram and has become a place of pilgrimage. Prof. Ranade delivered, from time to time, valuable series of lectures. They were ) On Upanishdic Philosophy, at Bangalore (i) On the Bhagavadgita, at Nagpur, (iii) On Vedanta, at Calcutta, (iv) On Hindi Mysticism, primarily at Allahabad and (v) On Karnataka Mysticism, primarily at Dharwar. All these series were originally designed to be published in the form of books. Out of these, the first, the second, the fourth and the fifth series have been published in book form, while the third is in the form of notes only. In 1933 Prof. Ranade published his great work on Mysticism in Maharashtra. He was the President of the Indian Philosophical Congress held in Nagpur in 1937. Prof Ranade’s first monumental work A Constructive Survey Of Upanishadic Philosophy was published in 1926.

It instantly brought him international fame and attracted the attention of Dr. Ganganath Jha who invited him to join the Allahabad University (1927). Prof Ranade served the Allahabad University as Professor and Head of the Department of Philosophy, Dean of the Faculty of Arts and Vice Chancellor. Dr. Ranade’s stay at Allahabad enlarged his intellectual horizon and enriched his spiritual experience. After retiring in 1946 he made Nimbal his permanent place of residence. The life of Sri Gurudev was God centered, God inspired, God possessed and God intoxicated. It was soaked in Bliss Divine. Really such a God-man “is a circle whose centre is everywhere and Circumference nowhere”. But God, encased in this God-man, appeared to work especially through two centers, one in North India and Allahabad and the second in South India, at Nimbal. Both were Holy Confluences where many a streams met, received proper purification and departed on its pilgrimage towards the Divine Ocean.

A mystic”‘ according to Sri Gurudev, may be a philosopher but is not necessarily so. His mystic experience is sufficient for his own elevation into Divinity; but if he philosophises, he may raise thinking humanity into a Divine Kingdom of Ends” It had been his long-cherished aim to gather multi-coloured flowers of the Mystic Garden and present a garland of them to the Lord. He wanted to write a general work on Pathway to God, with references to the philosophies and religions of the East and the West, to which subject he had devoted the major part of his life. xix have Sri Gurudev would certainly have realized this dream, had he been blessed with a few more years of precious life. But God willed otherwise. He recalled His Messenger for reasons best known to Him, just when Sri Gurudev was standing-on the threshold of his dreamland (6th June 1957). May be, He had charged this Centre to work from infinite centres and illumine the Infinite Circumference with the Infinite Light Divine. – M. S. Deshpande